Kate McGregor & Batia Winer Coaching
“I would like to live like a river flows, Carried by the surprise of its own unfolding” – John O’Donohue
Categories Menu
Home » General » Slowing Down 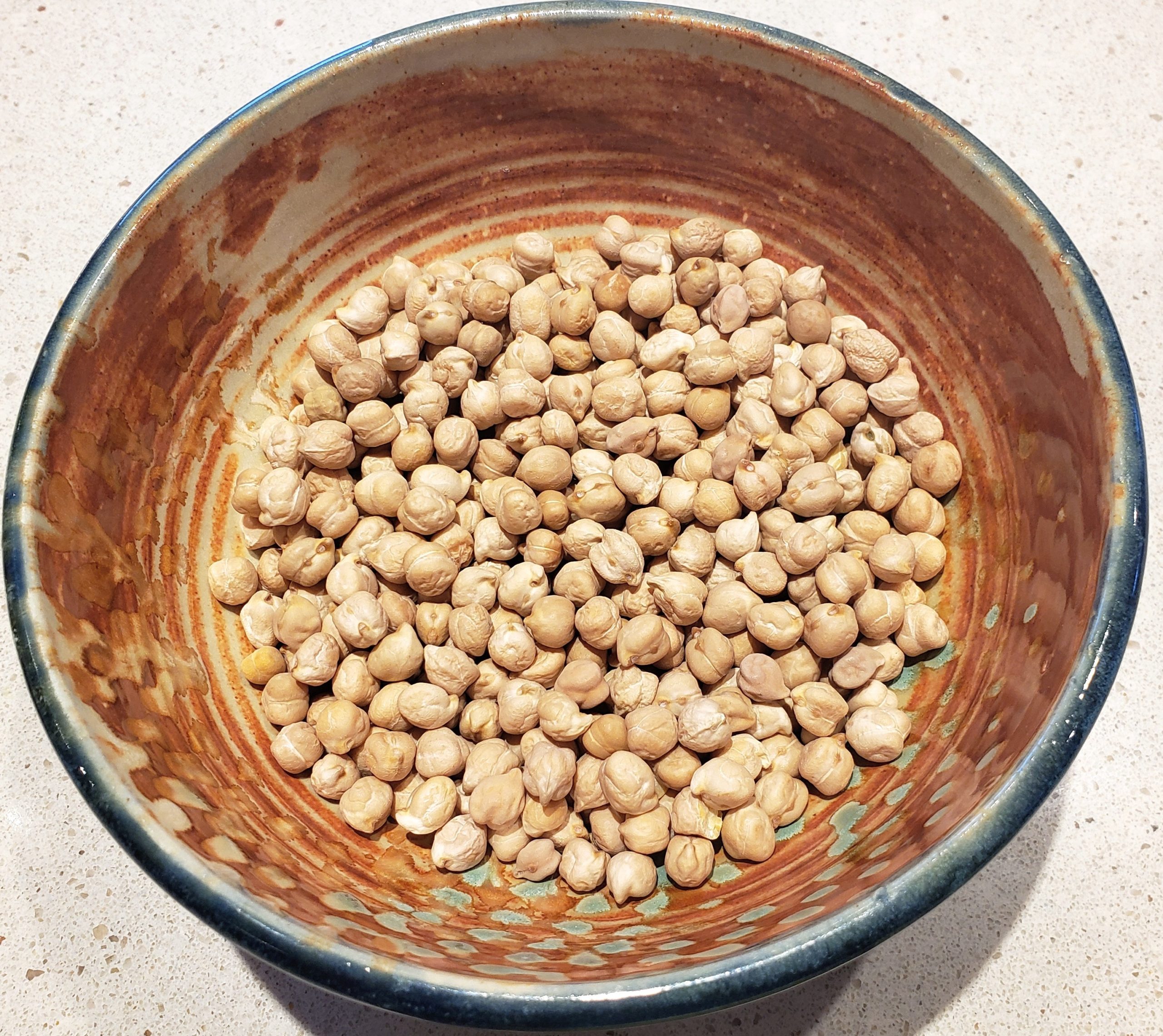 A winter storm is brewing, a perfect day to slow down and spend time in the kitchen. I pour a cup of coffee and flip randomly though recipe books for inspiration, anything which calls for ingredients I have on hand. A colourful photo of a Middle Eastern chickpea stew catches my eye.

I realize I don’t have tinned chickpeas and think about whether or not I want to bother soaking and cooking the dry variety. Looking out at the swirling snow whipping around my cedar trees, I realize I have all the time in the world. I pour two cups of dry beans into a bowl, cover them with water and sit at the kitchen table listening to them pop, as if they are suddenly waking up from a long slumber in a glass container on a shelf. I ignore them for several hours, until they have expanded, almost rising up over the rim of the bowl.

Chickpeas are the hardy warriors of the bean family. Larger than others in their family, they are not that pretty, weather-beaten almost, with slight dents on their hard beige surface.  They don’t have the smooth chestnut swagger of the kidney bean or the polished white roundness of the navy bean. But they’re popular, making frequent appearances in kitchens all over the Middle East, Africa and India.

When I cook from scratch, I cannot rush. After the soaking stage, boiling soaked beans requires another lesson in patience. A chickpea will tell you when it’s been cooked enough, when its tough exterior is soft enough.  As I hear them in the pot on the stove, gently clanging to the rhythm of the boiling water, I think about all the short cuts we take in the pursuit of more time. Who wants to make Indian paneer by hand, squeezing curd through cheesecloth when you can substitute tofu instead? Who wants to kneed and braid challah bread for a Friday night Shabbat dinner when a frozen version from Loblaws will do? Who wants to roll out dough for a pizza crust when you can order home delivery?

The Middle Eastern chickpea stew is complete. My warrior chickpeas have finally surrendered, yielding to a fragrant concoction of charred red peppers, fresh tomatoes and infusion of ground cumin seeds, za’atar and garlic. I untie my apron and glance outside. The snow has stopped.  Now it’s time to shovel the driveway.